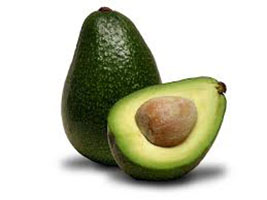 1. AVOCADO
Guacamole is one of my favorite things to make and bring to a gathering. It never fails when I’m in the kitchen my Pommy’s are never far behind. They are always begging for a bite of whatever I’m cooking. Avocados for years have been rumored to be toxic to dogs especially small breeds because they contain a substance called persin. It’s not necessarily toxic to dogs or cats but you do need to watch for signs of illness if your furry baby has ingested any Advocado. These include vomiting, diarrhea and lack of stool production.

The bigger risk to dogs and cats is a foreign body obstruction, which can occur if the dog swallowed the whole large, round avocado seed; due to size alone, this seed can get stuck in the esophagus, stomach or intestinal tract of dogs. Also, the rough green peel can be quite sharp going down.

2. Candy and Gum
Time for my personal favorite… CANDY!!! I make sure to keep all candy and sweets out of my Pomeranian’s reach. Candy, gum, toothpaste, baked goods, and some diet foods can be sweetened with Xylitol. Xylitol is known to cause an increase in the insulin circulating through your Pomeranian’s furry body. That can cause your Pommy’s blood sugar to drop and is also known to cause liver failure. Initial symptoms include vomiting, lethargy, and loss of coordination. Eventually, the dog may have seizures. Liver failure can occur within just a few days. 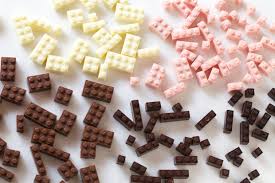 3.Chocolate
The most famous thing that almost every Pomeranian owner knows not to give their Pommy is chocolate! If you didn’t know before, now you do! The toxic agent in chocolate is theobromine. This can even be found in white chocolate. The most dangerous kinds, though, are dark chocolate, chocolate mulch, and unsweetened baking chocolate. Just a small chocolate chip or licking a chocolate frosting spoon can cause a dog to vomit, have diarrhea, and be very thirsty. It can also cause abnormal heart rhythm, tremors, seizures, and sadly death.

4. Coffee, Tea, and Caffeine
Caffeine in large enough quantities can be fatal for your Pomeranian. Sadly there is no antidote. Symptoms of caffeine poisoning include restlessness, rapid breathing, heart palpitations, muscle tremors, fits, and bleeding. Always make sure you Pommy does not have easy access to any caffeinated drink or food. In addition to tea and coffee – including coffee beans and grounds, caffeine can be found in cocoa, chocolate, sodas, and everyone’s favorite drink to say awake: Energy drinks such as Red Bull, Monster, Five Hour Energy ect…. Caffeine may also be found in the medicine cabinet. Most likely in cold medicines and pain killers. If any kind of pill or medicine from the medicine cabinet acidently drops on the floor you snatch it up right away before your Pomeranian.

5. Grapes and Raisins
Grapes and raisins seem like a nice cold treat for your Pomeranian on a warm Summer day. However they are a BIG no-no. Research shows it isn’t clear why, grapes and raisins can cause kidney failure in dogs, but just a small amount can make a dog ill. Symptoms of grape and raisin overload can include: repeated vomiting, within a day, the dog will become lethargic and depressed. The best prevention is to make sure grapes and raisins are kept for the humans only! 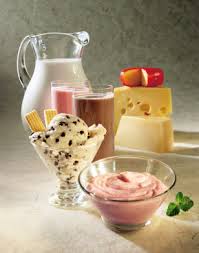 6. Milk and Other Dairy Products
Milk and milk based products can cause diarrhea and other digestive issues. I don’t know about you, but I don’t want to be causing my little Pommy to be sick. (Not to mention cleaning up the “mess” a sick Pommy can make) Milk can also set up a food allergies for your Pomeranian if fed on a regular basis. The most common side affect for this kind of allergy is itchiness. 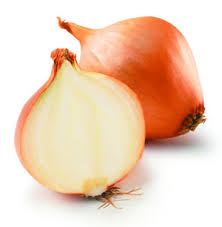 8. Onions
Powdered, Raw, Cooked, or Dehydrated — Any format of an onion can destroy a dog’s red blood cells, leading to anemia. Because Pomeranian’s are considered a “toy breed” any amount, small or large of an onion may be fatal in your Pommy. Symptoms of anemia include weakness, vomiting, little interest in food, dullness, and breathlessness.

9. Persimmons, Peaches, and Plums
The problem with these fruits are not the actual fruit itself, but it’s the pit and seeds. The seeds from persimmons can cause inflammation of the small intestine in your Pomeranian. They can also cause intestinal obstruction. Just think how uncomfortable you would be eating a watermelon whole! Also peach and plum pits contain cyanide, which is poisonous to both you and your Pomeranian. Pomeranian’s are a very smart breed, however some Pommies don’t understand they can’t eat the pit of a fruit. 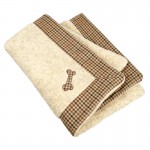 Pomeranians are a very active breed and tend to get dirty and that means getting their stuff dirty? Here are some tips on the best way to clean pomeranian bedding. If your Pomeranian is anything like my boy he got multiple beds! (More like a bed in ALMOST every room of the house!). Today I’m […]

When you look at your Pomeranian

When you look at your Pommy, you probably don’t picture it pulling a sled. The Pom’s small size doesn’t bring images of intense work and endurance. However, these pups are descendants of some seriously hard working dogs from Arctic climates. Pomeranian’s were bred from these working dogs as early as the mid-18th century for companionship. […]